1939: Bishop Ivan Lee Holt announced a new Methodist Church would be established in Lubbock, primarily to serve faculty and students of Texas Technological College. The new church would be located at 26th Street and College Avenue. However, several Methodist faculty members felt that was not a suitable location for a college church. A petition was drawn up requesting the Bishop and District Superintendent to consider a site nearer the campus. It was announced in the fall that a lot had been purchased at the corner of 14th Street and Avenue X. Preston Smith, who would become a charter member of the new church, was approached about lending the Tech Theater at College Avenue and 13th Street for services until a building could be built. The fledgling church was named St. John’s, perhaps in honor of Bishop Holt’s home church in St. Louis, Missouri.

The first service was held at the theater on December 10, 1939. About 65 people attended the service.

1940: St. John’s continued to meet in the Tech Theater or occasionally in Seaman Hall, the Episcopal student center. Attendance had grown to 100 by February.

Construction began on a building in June, when the church took out a loan for $6,000. With contributions and additional financing, the final cost for the lots and building at 14th Street and Avenue X was $8,914.

The first service in the new building was held September 15 at 11:00 a.m., as “the congregation moved with great enthusiasm into the beautiful new sanctuary.” Pastor Kirk wrote that St. John’s “began the year without property or membership. We closed the year with a nice new building, 200 membership, and a well organized church.”

1941: The first baptism and wedding were held in the new church.

1942-1948: St. John’s experienced tremendous growth and was in a constant crisis of inadequate facilities.  When church membership surpassed 1,000 at the church designed for 250, a visitor asked an usher how early he would have to arrive to sit where he could see the preacher; he said he had sat in the kitchen or hall every time he had been there. Even with several additions to the original building it was soon apparent that a larger facility would be necessary. Planning for a new, larger church began as early as 1944, when lots were purchased facing College Avenue at 15th Street.

1946: The music program began with a rented piano and borrowed soloists.  Dr. and Mrs. Sam Dunn donated an organ that had been in the original Lindsey Theater which was refurbished and dedicated in 1946.  Choirs and Chorister’s Guild were available for children and youth.  Chimes and handbells introduced children to active participation in worship.  Generous members established scholarships for Texas Tech music students to be part of the St. John’s Choir.

1948: In November, church officials planned the construction of the new building and obtained funding.

1951: Groundbreaking for the first phase of a new building was held on Sunday, July 15, 1951 at 9:00 a.m. Several ministers participated in the ceremony, while music was provided by the church organist playing from a flatbed truck.

1952: The first service in the new building was on September 2, 1952, held on folding chairs in the Fellowship Hall since the Sanctuary was not included in the initial building phase. As the congregation expanded, the physical presence of St. John’s was enlarged, with several rooms being added.

1957-1964: The church went through some growing pains, which included more building changes and additions, changes in leadership, a slight decline in membership, and working on making St. John’s a college church once again.

1970s: In the 1960s and 1970s, following a nationwide trend, the church was faced with issues of membership decline, financial stress, and denominational defection.  In addition, larger events such as the Vietnam War sometimes caused controversy not only in the community but also within the church. In the 1970s the church began stocking a year round food pantry which soon served about 20 families a week.

1991: A major renovation of the sanctuary began. In the 1990s, St. John’s prayerfully and thoughtfully embarked on the journey to becoming a Reconciling congregation.

1998: St. John’s became a reconciling congregation. The final Statement of Reconciliation adopted by the church in 1998 affirms that “we are one in Christ and celebrate our diversity and recognize the sacred worth and dignity of all persons.” 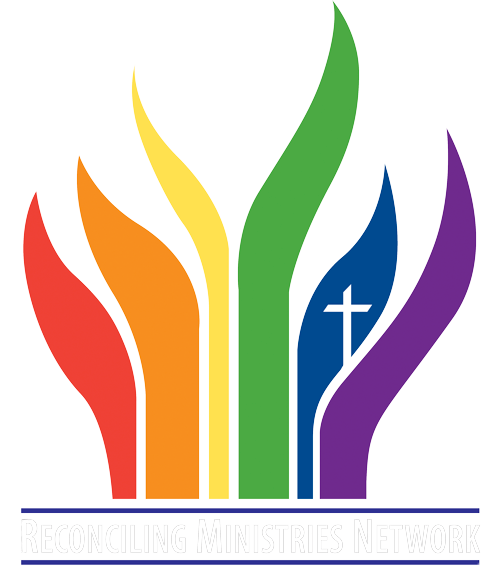 St. John’s United Methodist Church has been affiliated with Reconciling Ministries Network since 1998, when we adopted a statement affirming the sacred worth of all God’s children, including lesbian, gay, bisexual, and transgender people. We celebrate our diversity, and we welcome all people to join us in our journey together toward greater understanding and mutual respect. Learn more at www.rmnetwork.org